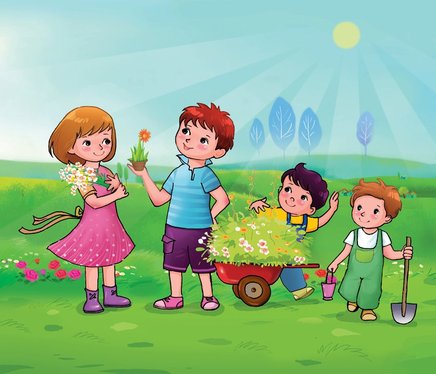 Read on to find out-

•    As discussed above, all illustrations are created for a purpose. Unless and until this purpose is fulfilled, no illustration can be considered good. So, whether an illustration has been created to simplify a complex academic concept or to bring an idea in a story to life, it needs to do the job assigned to it perfectly.

•    Another important quality is accuracy. Now, you must be wondering what an illustration has got to do with accuracy. After all, illustrations are not supposed to be replicas of real-life objects. In fact, they are often created a little differently (say, like caricatures) so as to make them look attractive. So, the question of accuracy doesn’t arise here, right? Wrong! No matter how much an illustration deviates from a real-life object’s appearance, for the sake of aesthetics, it should not end up looking like something completely different. In simple words, an illustration of a cat shouldn’t look like that of a dog- under any circumstances.

•    Illustrations must be neat. But it’s extremely challenging for illustrators to achieve this. Why? Because after having imagined a concept, illustrators like to execute it in a way that people can understand. In a bid to do that, they end up putting too many objects or details in the frame. This oftentimes leads to chaos. Also, how you use lines in your illustration could determine whether it appears neat or messy.

•    Illustrations should always be appealing. A lot of people thumb through books just to enjoy illustrations. Children constitute a large portion of this chunk of people. And that is why illustrators never take picture book illustrations casually. They are created with the utmost care so that they don’t end up becoming bland or insipid.

•    Also, whatever message an illustration carries, it should get conveyed almost instantly. No one has time to waste, trying to understand unnecessarily complex illustrations. An illustration needs to be simple even if there are fifty objects in it.

Now, that you know what qualities make a good illustration, there is no reason why you shouldn’t be able to differentiate between a good and a bad illustration. And once you are aware, you are never going to hire an illustrator who makes illustrations lacking in the above qualities. Good for your book, isn’t it?