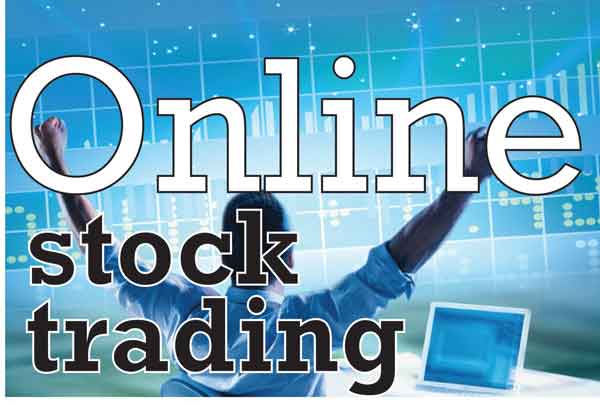 The participation of people in the stock markets are increasing rapidly in India. In the past few years brokers across India have reported a surge in account openings. Today many budding traders and investors are looking to make a career in the stock markets.

But a young investor with a small capital, will need to do his own research and avail information from the exchange websites of NSE and BSE. To make lives easier for such investors, today many Trading applications are available. They also provide detailed information and data which if interpreted correctly can be quite valuable for trading in the stock markets.

With a variety of stock trading apps available on both the Apple App Store and Google Playstore, here are top 5 features you should look for in a trading app!

A basic requirement for any software or application would be its ease of use and the quality of its user interface. An app may have all the features in the world, but if the user experience and accessibility is not simple enough, then the app becomes worthless.

According to the founder of Zerodha, Mr. Nitin Kamath, one of the reasons how his broking company became the largest in India was because of his trading app Kite. He goes on to say that while founding Zerodha, he noticed how all his competition’s software’s were very complicated to use and looked obsolete. He then emphasized on creating an App which anyone could use and hired students from engineering colleges for this purpose.

By just creating a simple user interface and then adding features, Zerodha has become one of the most successful start-ups of India.

As a trader, be it for stocks, commodities or currencies, the most important feature would be an intuitive charting software. In Technical Analysis, charts refer to a series of prices of an underlying asset displayed on a graph. Traders, analyse such price charts with an attempt to predict the future price movements.

Before the dawn of the internet, traders used to manually enter data and draw charts over varying time frames. But today, charting has become much more detailed. With the help of AI and Data analytics, traders can not only view stock prices, but also overlay a lot more technical indicators over the price of the underlying.

Most traders would prefer apps which have an easy to use and comprehensive charting software with the ability to add many indicators and calculations.

The above feature would benefit short term traders the most. But there should also be a feature which should benefit the long term investor in you. So a trading app should contain informative data for fundamental analysis.

These include key data such as information about the company’s management, shareholding pattern, Financial results and Algorithmic calculations of important accounting ratios such as PE Ratio, Profitability ratios and liquidity ratios.

Every trader and investor has a unique strategy which they use for most of their trades. Someone could be a Price Action trader whereas another could rely on the RSI and a combination of other technical indicators.

But for anyone, finding stocks which satisfies their strategy could be quite cumbersome as there are over 6000 stocks listed on the exchanges in India. In such a case, Apps should provide a variety of scans, which anyone can enter and narrow down on the stocks which meet the requirements of the trader.

For example, let’s say Rakesh is a day trader who relies on candlestick patterns and the RSI to make positions in a stock.

In order to find which stock is showing a positive candlestick pattern and at the same time has a positive divergence or strength in the RSI, he would have to individually look at the charts of every stock. But with the help of a scanner, a list of stocks which meet his criteria will be easily available for him to trade on the go.

News and information play a significant role in the financial markets. News is what drives people’s sentiments in the market. Any positive or negative event can be good for one company and the same could be bad for another. But to know what event has occurred when and where is what makes news so relevant.

For instance, let’s take the example of a recent deal between Reliance Industries and Google. Media outlets reported that Google was in talks to buy a stake in Reliance’s Jio platform. The deal was announced later, but the stock price of Reliance had already shot up by 5% in anticipation of the news.

So an essential feature of a trading app would be to have access to instant news that may impact the overall stock markets or any individual company.

Raghav Agarwal is a graduate in Business Administration. With a keen interest in the world of financial markets, he loves to read and write about various financial instruments. Currently he is working with Elearnmarkets.com as a member of the Knowledge team.