The art, culture and lifestyle of prehistoric and medieval India are finely represented through the medium of miniature Indian paintings. The inclination for religious conviction, spirituality and majestic nobility is flamboyantly exemplified in this form of artwork.

Although, miniature form of Indian paintings had an inherent magnificence and uniqueness that made them stand out of the crowd. The regional artists through this form of painting try to narrate the stories of the bygone empires. Moreover, the highlight of these paintings is the elaborate and subtle brush strokes, which reflects a distinctive identity. The colours used by the artists are mainly handmade, that is made from minerals, vegetables, valuable stones, indigo, conch shells, pure gold and silver. The most common theme that artists paint comprises of the Ragas i.e., the musical codes of Indian classical songs. If you look back into history, then you will find that there were numerous of miniature schools in the country, including those of Mughals, Rajputs and the Deccan.

Let’s have a quick glance at origin and evolution of Miniature Indian Paintings.

The development of Miniatures Indian paintings took place initially in the Western Himalayas, around the 17th century. This form of artwork was highly influenced by the mural art that came into being during the second half of the 18th century. All through this time of the Mughals, Muslim monarchs of the Deccan and Malwa as well as the Hindu Rajas of Rajasthan, this art thrived to pretty great extent. In fact, the Mughals were accountable for making Persian custom more prominent in thes Miniature Indian paintings. The credit for western impact can be attributed to the Muslim monarchs.

Key themes used in Miniature Indian paintings by the artists

That’s the most interesting part of these types of paintings. Undoubtedly, themes always play a critical role in a painting. In miniature Indian paintings, the artists usually try to portray different scenes from Indian epics and religious books, such as The Ramayana, The Mahabharata, The Bhagvata Purana, Git-gobinda, Surasagar, Rasamanjiri and much more. Metaphors from traditional stories, classical music cyphers and majestic court sights were also exquisitely exemplified in the paintings. Glass, fabric, marble, paper, silk, velvet, leather and ivory panels largely used by the artist as the canvas for the paintings.

This unusual form of Indian paintings was mainly practiced and supported by some of the most prominent school of paintings specifically The Deccan Schools, The Rajput and the Mughal Schools.

The Rajput School of Miniature Indian paintings basically imbibed stimulation from the Krishna traditional stories. In these paintings, the artists had tried to put emphasis more on the man and woman bond. They were artistic depiction of their sentiment, love and desire. For instance, the lovemaking scenes of Lord Krishna and Divinity Radha are some of the handpicked illustrations of the paintings.

The Deccan School of Miniature Indian Paintings came into being as sort of hybrid artwork form amalgamation of different panaches of painting. The paintings demonstrated enthusiastic and intrepid themes those mainly had impact of Turkish and Persian culture.

Describing the Classification of Historical Remains 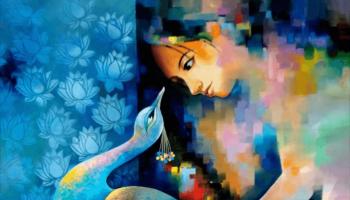