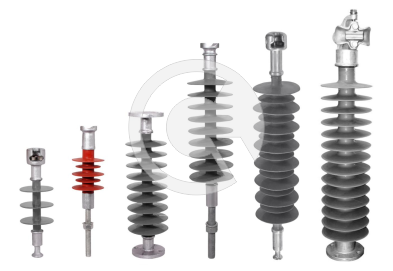 The properties of a good overhead insulator are:

Porcelain – It is produced by heating a combination of quartz, feldspar, kaolin at a controlled temperature. Porcelain is stronger than glass in terms of bare mechanical strength and also possesses better leakage strength and better resistance towards temperature variation.

Glass– It is more homogeneous and cheaper than porcelain and if reinforced and properly toughened provides better dielectric strength and higher resistivity. The most beneficial property of a glass insulator is the ease of designing and molding.

Steatite– Steatite is synthetic compound manufactured from combination of naturally occurring magnesium silicate with oxides in varying proportions. It has much larger bending strength and much higher tensile strength than porcelain, it finds major application in places where the transmission line take sharp turns and require high bending.