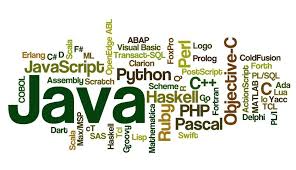 Why Should You Care About Programming?

Today computers are used for everything; from the simplest tasks to the very complex tasks. We can do simple tasks easily but still, we use a computer for that, this is because there are some benefits that make it versatile. Some of the special features of the computer are:

Computers are fast. You can do much with computers if you know how to utilize its features. It takes microseconds or nanoseconds to do simple tasks. It is clear that computers are much faster than humans. Computers offer amazing speed regarding any tasks like calculations or other specified tasks.

Computers are cheap. For any company, it is almost impossible to even imagine working without computers. There are so many tasks that would create a mess if done without a computer. Moreover, it would require more workforce than needed. Doing tasks on computers requires low cost and less workforce. Also, computers are accurate and create no mess. It can handle huge amounts of data quickly and reliably.

Computers don’t need rest. Computers can work 24*7. They don’t need rest. If you need to work on big projects or for a long time, they don’t get exhausted. You can get it to do your tasks by programming it for the same and rest peacefully.

What are Programming Languages?

The instructions are given to the computer for doing any task, these instructions are known as code. The end goal of coding is to create something; that may be a web page, a piece of software or just a picture. Computer programmers are a blend of technical, analytical and creative skills. Some of the most programming languages are :

Top 5 Programming Languages and Their Uses

The latest and most versatile language these days is Python. The cost of programming maintenance is low as it is easy to learn and the syntaxes are also easy. Python is a high-level, general-purpose programming language that supports modules and packages that are developed by the dedicated community. Python is extensively used for integrating tasks. It is also used as an embedded scripting language due to its versatility and ready to use tools. It is used in back-end development therefore it finds its scope in a web environment. The famous applications that use Python are Quora, Django, and Pyramid, Instagram, Spotify, BitTorrent.

Hypertext Preprocessor or PHP is an HTML- embedded scripting language. It is the most widely used language on the world wide web with unique features that derives its syntax from Java, C and Perl. The dynamic web pages are created using PHP. Due to a lot of transformations, it has the most active community. Facebook is widely known for using PHP. 90% of the websites are known to use PHP and web applications like SaaS, CMS, etc also use PHP. PHP can easily communicate with databases that other languages can hardly do so.

The most widely known programming language that every programmer/developer learns as a basic language is Java. It’s cross-platform feature, simplicity, and readability makes it a versatile language. Java is a general-purpose object-oriented programming language that was developed in 1995 by James Gosling. Before the development of Python, Java was used in the development of almost all web applications. Famous applications that use Java are GMail(email service by Google), Android(Mobile Operating System by Google), Eclipse(integrated development environment), Minecraft(the pixelated game), and other server apps at Financial Services Industry, trading applications, big data technologies, high-frequency trading space, and scientific software. Take up Java Certification Course now!

C++ has proved to be revolutionary in the world of programming. It is an intermediate language with a blend of features from a low-level and high-level language. The importance of C++ dimmed only with the development of Java, Python, etc. With the development of C++, programmers developed outstanding software due to its pragmatic and well-defined features. The famous applications that use C++ are Microsoft Windows, Apple OS-X, Symbian OS, MySQL, Adobe Systems (Photoshop, Illustrator, Adobe Premiere, etc.)

JavaScript is one of the three core languages of the World Wide Web, the other two being CSS and HTML. You can run JavaScript as a server-side language. Every browser that you use like Google Chrome, Firefox uses JavaScript. If you wish to make a website with great UX then JavaScript is best for you. Famous applications that use JavaScript are web browsers like Mozilla Firefox, Google Chrome, Safari, Opera, Internet Explorer, etc., Adobe Photoshop, Video games, all kinds of automated scripts for cracking and data mining.

Conclusion The world today needs more and more programmers. To make a career in web development or to upskill yourself in the same, you just need to learn one or the other programming language and boost your career. Apart from the ones mentioned above, there are many other programming languages that you can learn. Taking up software development courses or a course related to a specific language can be of great help to gain expertise in this field. Competition is huge in the Information Technology landscape and you need to stand out from your peers to move ahead.