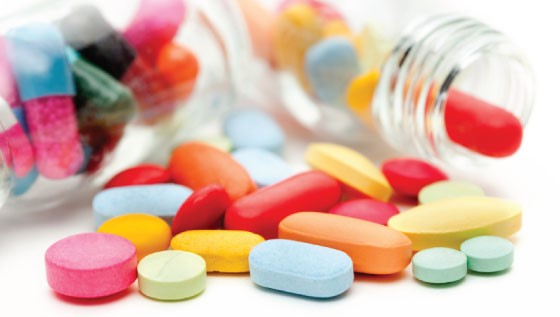 Around 14 million Canadians, including children as well as adults, take some form of multivitamins and supplements according to recent estimates, which apparently contributes towards a sale of approximately $370 in a year.

Evidently, the industry of multivitamin supplements is booming in the country.

The hypothesis is possibly derived from the several published sources stating the important role played by specific micronutrients in disease prevention. It has been proved that diets rich in fruits and vegetables are in fact associated with a lower risk in terms of cardiovascular diseases and cancer.

On the other hand, low vs. high serum concentrations of B-Vitamins, Carotenoids and tocopherols have been found to be associated with higher risks of cardiovascular diseases and colorectal cancer.

Hence, it is a balance of several micronutrients and vitamins that was apparently needed and since these could be effectively compressed in a pill form, multivitamin supplements seemed to be a comprehensive solution for nutritional benefits as well as for the correction of dietary deficiencies among adults with poor diet habits.

The Institute of Medicine further suggested that multivitamin supplements were a “potential vehicle” as they contained all the micronutrients that were identified as essential.

Dr. Linda Farber of Yes Wellness further suggests multivitamins to be a powerhouse of essential nutrients that can contribute towards a well-rounded diet, containing rich sources of fruits, vegetables and fibre.

Regardless, conclusive evidence is yet to be obtained in the matter of disease prevention and multivitamins. Several studies are still being conducted to determine the association of multivitamin supplementation with cardiovascular disease outcomes, but so far the benefits have yet to be confirmed.

The US Preventive Services Task Force (USPSTF) conducted reviews and studies in the past, on the efficacy of multivitamin supplements in the prevention of cardiovascular diseases and cancer in the general adult population. This included men, women as well as children.

Interesting Blog -   What does the Adonis golden ratio program contain?

Similarly, the Canadian Task Force on Preventive Health Care (CTFPHC) also states that there is insufficient evidence to support or discourage the use of multivitamin supplementation, particularly Vitamin E, for the prevention of cardiovascular diseases and cancer, among the general population and among male smokers.

However, the CTFPHC does suggest that there is enough evidence to recommend against the use of routine Vitamin E supplementation for the secondary prevention of cardiovascular diseases among patients with established CVD or are known to have risk factors contributing towards CVD.

Additionally, there is also sufficient evidence to recommend against the use of Vitamin E supplementation for the prevention of lung cancer according to the CTFPHC.

In case of other types of cancers, there has not been sufficient evidence to recommend for or against the use of multivitamin supplementation.

Folic acid supplements on the other hand are recommended for women with childbearing potential.

That said, it should be noted that even though there hasn’t been conclusive evidence to support the use of multivitamins in the prevention of CVDs or cancer, they do provide multiple health benefits for regular adults.

Some commonly consumed multivitamin supplements and their benefits are as follows:

Coenzyme Q10 also called CoQ10, ubiquinone is a supplement that is known to reduce blood pressure. It can be used alone or in conjunction with medications.