What You Should Know About Epilepsy? Epilepsy is a neurological affliction in which a person experiences recurrent seizures. Seizure can be defined as an abrupt rush in the electrical activity of brain that causes a temporary disruption in communication between brain cells. A person behaves very differently during a seizure and sometimes becomes unconscious. There are mainly two kinds of seizures i.e. generalized seizures which affect the entire brain and the partial or focal seizures which affect only one part of the brain. Sometimes, it is difficult to diagnose a mild seizure that lasts for a few seconds. There are numerous reasons for occurrence of seizure that include a high fever, head trauma, very low blood sugar level, and alcohol withdrawal. Epilepsy is an unexceptional disorder that affects 65 million people around the world. It can be developed at any stage of life, but it is more common in young children and old adults that too in males rather than females. As far as the treatment of epilepsy is concerned, there is no cure for it but it can be controlled with certain medication and strategies.

The main symptom of epilepsy is seizures, although it differs from an individual to individual on the basis of type of seizure.

A simple partial seizure is characterized by dizziness, tingling and twitching of limbs and alterations to sense of taste, smell, sight, hearing or touch.

This affects the whole nervous system. Different kinds of generalized seizures are:

Tonic-clonic seizure- It is characterized by stiffening or shaking of the body, biting of tongue and unconsciousness.

There are various causes of epilepsy but in many cases the cause can’t be determined. However, the possible causes are:

Diagnosis of a disease is very important so that the medication of a patient can be started on time to improve his/her health conditions. In case of epilepsy, patient’s medical history and symptoms help the doctor to decide which test will be helpful. The patient undergoes various neurological tests and complete blood count test with chemistry of blood. Blood tests are used to look for signs of infectious diseases, kidney and liver function and glucose level in blood.

The most common test for diagnosing the epilepsy is Electroencephalogram (EEG). In EEG, electrodes are used to record the electrical activity of brain by attaching the electrodes on the scalp of patient. There are some other imaging tests like CT scan, MRI and positron emission tomography (PET) that identify tumors and other abnormalities in brain responsible for seizures.

Treatment of epilepsy completely depends on individual’s health, symptoms and how well the individual is responding to therapy. The main treatment options for an epileptic person are:

Antiseizure drugs – These are the drugs that can minimize or eliminate the seizures. These drugs are absorbed by stomach and then reach to the brain through bloodstream. These affect the neurotransmitter in such a way that reduces the electrical activity in the brain. Doctors prescribe a single drug or a combination of drugs depending on the class of seizures. Some commonly used ant seizure drugs are levetiracetam, lamotrigine, topiramate, valproic acid, ethosuximide and carbamazepine. These drugs are given in liquid, tablet or injectable form.

Vagus nerve stimulator – It is a device which is kept under the skin on the chest that stimulates the nerve running through the neck. This helps in preventing the seizures.

Brain surgery – The part of brain responsible for seizures is either removed or altered. In most of the cases, a temporal lobe is removed and the process is known as temporal lobectomy. It stops the seizure activity. Bleeding, infection and a bad reaction to anesthesia are some of the common risks in a brain surgery.

Proper diet is very necessary for a patient for quick recovery. The diet with low carbohydrates and high amount of fats is suggested to epileptic children. This diet pressurizes the body to use fat for energy instead of glucose and this process is called as ketosis. Children on ketogenic diet should be carefully observed by the doctors. This diet is often successful in reducing the frequency of seizures. For adults and adolescents with epilepsy, Atkins diet is recommended. This diet consists of controlled carbohydrates intake and high amount of fats. Constipation is one of the major side effects of this diet because it contains low content of fibers.

There are approximately 500 genes that relate to epilepsy. The probability of inheriting this disease is quite low. The chances of developing epilepsy by the age of 20 are 1% but it increases to 2-5% in case an individual’s parent is epileptic. There are certain rare conditions, such as tuberous sclerosis and neurofibromatosis that can cause seizures. These conditions can be transmitted from one generation to another.

Epilepsy doesn’t affect the potential to have children but the antiepileptic drugs can affect the unborn baby. So a woman on epilepsy medication should consult her doctor before getting pregnant.

More than half of the people with epilepsy who don’t respond to medication improve with a ketogenic diet.

Mohd Salman is a medical science professional and is associated with DiseaseFix as a researcher. DiseaseFix develops health information modules for patients and provides a unique platform to allow access of summarized reliable information of a variety of types for diseases.

What Do You Had to Know About Domain Voucher Codes? 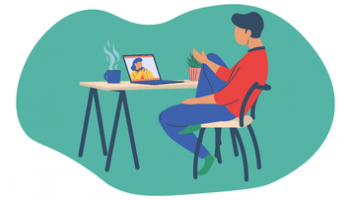 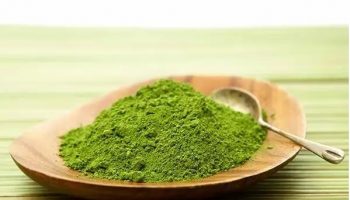