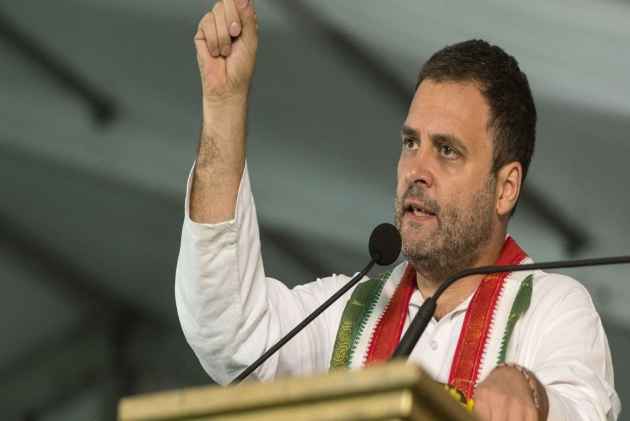 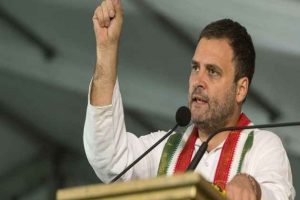 Amethi as a city is actually a case study and a role model for development for the entire nation and world.

In a span of 10 years, Amethi develop  on all fronts- agriculture, law and order, health and education, industrialization as well as connectivity, as confirmed by the local people. It is worthwhile to note that the soil here was infertile due to alkalinity but with efforts, the barren lands were transformed into lush green farms with good productivity.

Rahul, like his father, also decided to choose Amethi as his constituency where he can silently contribute for its development, he has been MP for three consecutive terms from here since 2004. His focused areas seem to be on education, agriculture, and connectivity.

The dramatic change in education, connectivity – a road to development – today Amethi not only has one of the best roads and infrastructure in UP but is also easily accessible to and from other parts of the country. This has resulted in better trade, employment, and lifestyle of the people. (According to sources, Rahul used his allocated funds from MPLAD and other government schemes to promote the construction of roads and highways in Amethi.)

Farmers were very happy and prosperous – Rahul worked silently for the protection of farmer’s rights and their livelihood, as according to them the localities encouraged co-existence model of agriculture and the industrialization.

Low-cost and well-equipped healthcare facilities for all – People were treated free of cost for many medical complications, they were all grateful to Gandhi family to make them self-sufficient without relying on any major help from State Government- which they say is always impartial.

Unmatched Industrialization of the town – Nowhere in UP, it can be witnessed that such a self-sufficient society which has enough job opportunities for the population and people do not prefer to move out to bigger cities. Many heavy, as well as small and medium-sized industries, are present including BHEL, SAIL, Rail Neer etc, that contributes to the employment and upward mobility of people in the district. Indifference and Impartial treatment by State Governments since 2014 – While a lot of development work is needed to be done by state governments like the improvisation of Railway Stations, Upgradation of Highways, etc. but all the proposed work by UPA has been stalled or canceled by successive governments.

Rahul’s constituency that has shown to rest of the world how to self-sustain. The constituency has emerged as the case study for the educational institutes about the ways to stop the exodus of educated unemployed youths from smaller cities to metros. The Amethi has shown the way. Rahul used his own funds to help the poor farmers, youth and peasants to overcome their problems by getting educated through numerous primary schools and professional institutions that have been functioning in the area. Youth not only get themselves educated but also get themselves enrolled in professional training programs. Look at the infrastructure of the Institutions in Amethi. While Amethi has been intentionally ignored by the Modi government to earn political mileage. State governments have deliberately ignored the improvisation of Railway Stations, Upgradation of Highways.

For example: – a new railway line connecting Unchahar-Salon-Amethi has been stalled, the IIIT functioning for 11 years has been closed down, the construction of 2 new Kendriya Vidyalayas, which would’ve churned out five batches of students by now, is being delayed for over 5 years, Mega Food Park in Jagdishpur has been canceled and the Hindustan Paper Mills which promised to provide job opportunities for more than 200 people has been shifted out of Amethi to Maharashtra! Moreover, there is also a Huge change in roads, connectivity, and city infrastructure – Amethi has all roads to development – today undoubtedly, Amethi is not only had one of the best roads and infrastructure in UP but is also easily accessible to and from other parts of the country.

Overall, the rapid progress and development in Amethi have resulted in better trade, employment, and lifestyle of the people and it all happened because of Rahul Gandhi.