A freedom of information request concerning levels of pesticide found in honey from locations across the United States has left a bitter taste in consumer’s mouths.

The FDA has concluded that the weedkiller glyphosate – a probable human carcinogen according to the World Health Organisation – is pervasive and can be found even in foodstuffs where glyphosate is not used in their production. 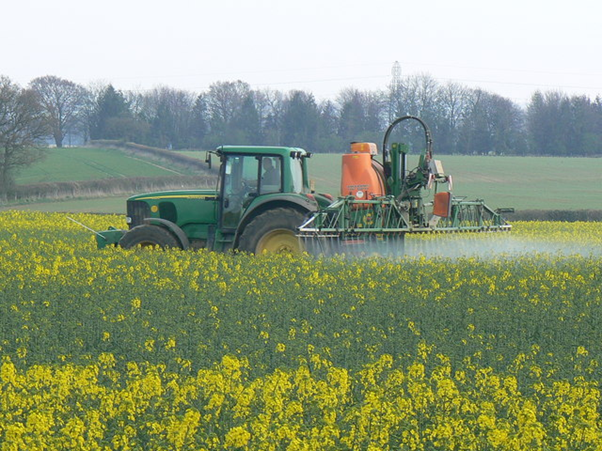 Glyphosate in the Food Chain

Glyphosate is the most widely used weedkiller in the world, and one that the FDA has not tested for in decades. But after a rebuke from the US Government Accountability Office, and a series of independent tests that disclosed the extent to which glyphosate had entered the food chain, the FDA began testing this year.

Independent tests claim to have detected glyphosate in breast milk, soy sauce, and infant formula and now the FDA have confirmed the presence of glyphosate residue in honey – even produce labelled ‘organic’. In fact FDA emails reveal the difficulty of finding any samples that did not contain at least some traces of weedkiller.

Glyphosate was patented by Monsanto in the 1970s and rapidly became the most widely used weedkiller in the world. Monsanto caused controversy in the 1990s by producing GMO ‘Roundup Ready’ crops that were immune to glyphosate and could be sprayed directly.

Public concern over the effects of GMO crops has been exacerbated by the WHO ruling on glyphosate and concerns that, unlike in Europe, there are no safe levels or tolerances for glyphosate in everyday foods like honey.

With tests revealing that many of the honey samples showed levels twice those of the allowable limit in the EU, pressure groups like the Consumers Union are turning up the heat on Monsanto and the FDA, claiming that prolonged exposure to trace glyphosate carries a raft of health risks including non-Hodgkin lymphoma and kidney and liver ailments.

Although the FDA have now found one testing solution, it seems clear there is renewed public interest in ensuring the safety of the food we eat. Companies like www.fdathirdpartyreview.com now play a greater role in helping companies through the FDA 510k clearance process to bring new testing procedures to market.

For the concerned US consumer, ensuring the food security and safety is clearly a paramount issue.

What Is Proposition Articulation Writing