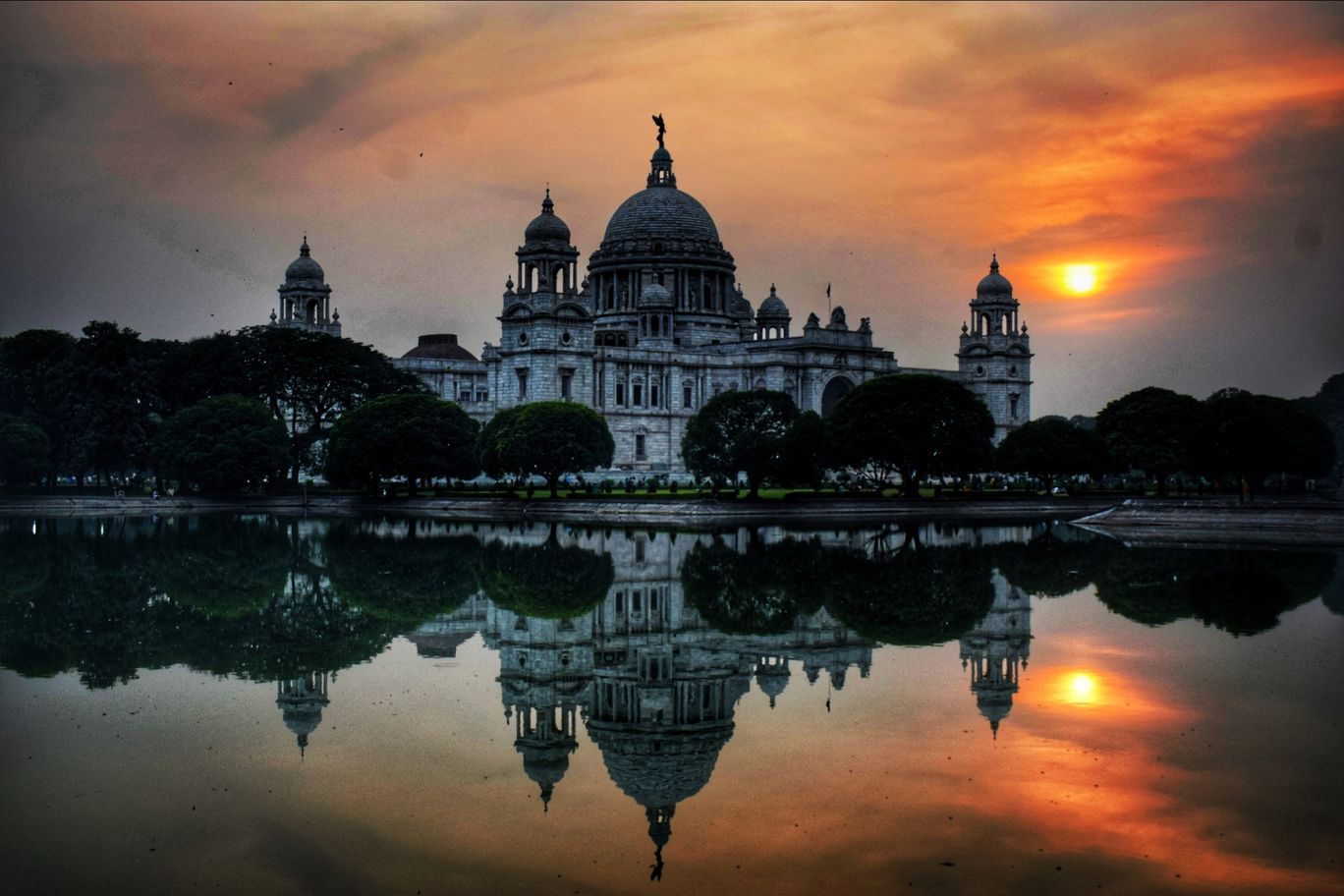 Kolkata was once crowded and a busy city of India stuck with Poverty. But of late the city has reinvented itself and is a land of rich history and culture. It has a number of remnants of the British Raj which can best be explored by a walking tour in the city. Kolkata is a city of the skyline and the city of joy and it never fails to impress into visitors with its excellent attractions.

The city is located on the Eastern coast of India. The city enjoys a typical tropical climate and enjoys autumn in the months of October to March. This is also the excellent time of Festivals when the entire city celebrates Durga Puja, kali puja and Lakshmi Puja.

Kolkata has winters in the months of December and January when the temperature is between 9-11°C. For those with cold tolerance, this is the best time to plan the holiday as well. April – May are the hottest months with the temperature soaring up to 40°C. Sightseeing is not very pleasant at that time.

June to September is the time of monsoon when the city experiences heavy rainfall. So the best time to visit in during the autumn months and winter season.

The Victoria memorial is a large white building and is considered the pride of Kolkata. It was built between the years 1906 and 1921 and is dedicated to the memory of Queen Victoria. This is one of the best places to visit in Kolkata and is a famous museum and a popular tourist spot being maintained by the ministry of culture.

This is a fort built in Kolkata on the eastern banks of the river Hooghly, the major distributary of Ganges. It was named after King William III of England and Ireland. This magnificent structure is spread over 70 acres of land and is embellished with hundredths of arched windows. Its lush green gardens and meadows are true spectaculars. The surface of the building is adorned by meticulous art work. Historically, the fort served many purposes. Its bastion was used to haul prisoners. Currently, it serves as the head quarter of the Eastern Command.

This is one of the top places to go for shopping in Kolkata. It is also the bargain hunter’s paradise. It has more than 2,000 stalls, grouped together according to the nature of the goods that are sold. It is located on Lindsay Street, off Chowringhee road. The market is open from Monday to Friday from 10 am to 8 pm and on Saturdays till 2.30 pm. The market is closed on Sundays.

This landmark is indeed the symbol of Kolkata. This massive steel bridge is laid over the Hooghly River. It is one of the longest bridges in all the continents and connects Howrah and Kolkata. It transports more than 1,00,000 automobiles and thousands of pedestrians. The beauty of the bridge is in the night when it is lit up. Tourists can also enjoy a ferry ride between Howrah and Calcutta from the start gate. The city’s view from the ferry in the dark is breath-taking. The specialty of this place is that it is laid together completely by rivets and does not include any nut and bolt in its construction.

This is one of the largest and oldest Museums in the world. It is popularly known as the Jadughar and has the finest collection of sacred relics of Buddha, Mughal art paintings, Egyptian mummies, ancient sculptures, armours, antiques, etc. The museum has about 35 galleries divided into 6 categories. The museum definitely will take the visitor to the fascinating past.

This is the place where the tomb of Mother Teresa is Present. It is a religious congregation that was established by Mother Teresa in 1950. The members of this house offer free service to those who are stricken by Poverty. The house has more than 4,500 members of the congregation who have devoted their lives to serve the poor and the needy. One can find an exhibition that displays her work through awards, photos, and articles. Her belongings such as sarees and bags are also displayed.

The science city was inaugurated in 1997 and is a major attraction for the tourists of Kolkata. It is one of the best and biggest museums in the world and offers a contemporary way of learning science. It is the perfect blend of science and fun and features a special section dedicated to the aquatic world with exotic fishes and rare water species. Its optical illusions are very interesting to explore along with tornado, quick sand, and ocean waves. Its time machine is a favourite among visitors that offer to reach the outer space and enter the era of dinosaurs’ ad come back to the present.

This is the home of cricket in Kolkata. This is a beautiful and well maintained cricket stadium established in the year 1864. The stadium has the capacity to seat 66,349 visitors and is the second largest stadium in the World. It is also a destination of nature lovers on no-match days.

This is a very old and a very popular Kali temple dedicated to Bhavatarini or the saviour of Earth. The temple was made famous by the spiritual leader Ramakrishna Paramahansa who was once appointed as its chief priest.

The garden is spread over 273 acres of land and is the home for some rare tree species. It is under the maintenance of the Botanical Survey of India. The Great Banyan tree located here is one of the largest and oldest in the world. This is one of the oldest botanical gardens in the entire country.

This is just a comprehensive list of some of the bestplaces to visit in Kolkata. But the city has a number of avenues to explore and will never go short of attractions for the tourists.