Places you must visit when in Mt Abu Situated close to Sirohi District, the beautiful Mount Abu stands out as being the sole hill station in the dry and desert state of Rajasthan. Mount Abu nestles in the Aravalli range at an elevation of approximately 1,128 meters above sea level; its highest point is the ‘Guru Shikhar’ at a height of 1,611 meters above sea level. Since it is the sole hill station in the state, it has been a famous retreat for residents as a destination away from the desert heat. Mt Abu also has an important post in the Hindu mythology since it is said to be the place where Vashistha sage retired. The place today is a great tourist destination. It rightly deserves a visit. If you are planning a visit, the following are a must.

Situated at a distance of only 2 kilometers from the hill station, the Dilwara Jain Temple was built between the 10th and the 12th century. It is made amazingly with white marble. Its ornamental carvings and stone laying technique contribute to making it the most beautiful of pilgrimage spots in India. The lotus engravings on the temples ceilings and the views from the Hindu and Jain mythology shown via carved marble sculptures will leave you awestruck. 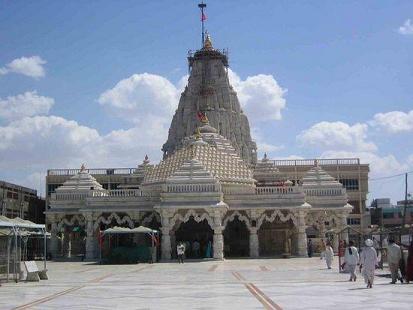 The Forest area situated amidst the Aravalli Range got declared as a wildlife sanctuary back in 1980. A sub tropical forest, it has an abundant species of flora and fauna. There are validations of past dwellings of tigers and lions, but for now the main feline predator here is the Leopard. The rare species one can find here are sambhar, langur, bear, wild boar, pangolin, mongoose, wolf, jungle cat, hyena, Indian fox, jackal, Indian hare, hedgehog and porcupine. The forest is also home to around 300 species of birds, the most special of all being the grey jungle fowl that is unique to this area.

Nakki Lake, an ancient and holy lake is one of the most important tourist attractions in Mount Abu. According to the Hindu mythology, Nakki Lake was made by dugging done by the Gods with their own nails for shelter from Bashkali demon. The place is a great picnic spot with friends and family alike. Also, you can trek near the lake. There are many adventure sports you can enroll yourself in near the lake. Although a totally different place, located close the River Banas, Abu road should not be missed on your visit to mount Abu. It generally pertains to a railway station located in lovely natural surroundings. The food delivery at Abu Road Railway Station is sumptuous. Weather is usually pleasant but to enjoy this town to its fullest, you must visit it between October and December. It has many Hindu pilgrimage sites and the Indian bazaars sell a variety of products at reasonable prices.

Mount Abu was and remains a refreshing change in the middle of the no-relief heat. The tourism of Rajasthan owes a lot to the beauty of the hill station, attracting thousands every winter.