Reality of Engineering Education in India “A Successful Engineering Graduate” has become more of a myth in India in the recent years. The lives of the many lakhs of students are being overshadowed by the successful few, with the formers’ struggle with unemployment going unnoticed. India, when it comes to education, has the majority of students who would aspire to become a Doctor or an Engineer as opposed to a Physicist or an Astronomer. Our students, even from very young age, are given this choice of either becoming an engineer or a doctor which has constricted their knowledge about the various other courses they would have excelled in.

What is Engineering Education?

Engineering education, to start with, is a vast area of study which is evolving greatly with every single idea, notion, and invention that is being propounded or introduced in one or the other corner of the world. With the number of students pursuing an engineering course increasing exponentially, the onus of revamping the curriculum and the infrastructure to suit to the modern day requirements rests on the officials at All India Council for Technical Education (AICTE). But with engineering becoming more of a commercial, money-making scam, the objective of various colleges has also changed from producing well equipped engineers to producing unemployable trash.

It is common knowledge that an engineer is equipped to convert theoretical ideas into practical realities and improve the quality of our day-to-day life by coming up with newer inventions which will ensure that we don’t need to do the difficult works. However, this doesn’t seem to be the case when it comes to the engineers in India, who seem happy to be in a field of work which has got absolutely nothing to do with their educational qualification.

The Indian education system has failed to provide the students with adequate knowledge of the various other diploma streams and career choices. Everystudent in high school is faced with the dilemma of whether or not to pursue his/her passion or end up in an engineering college just because of the illusion of better payslips. Every Indian parent forcing their children into joining the special courses to qualify in the various entrance exams must first be aware of where their child’s interests lie.

With the number of engineering colleges in India on an upsurge, it would be better if the colleges realize that without good infrastructure and better facilities and equipment in the laboratories, every passed out student faces difficulty when it comes to applying both his theoretical and practical knowledge in the real world problems. Students are not encouraged to come up with original ideas and even if one manages to emerge with a new idea, it is more likely that the idea is supressed due to lack of funding.

The outdated curriculum is yet another woe to the new and aspiring engineers. With no exposure to the existing techniques, students are confronted with the need to explore the current advancements on their own as their syllabus sticks to the old and pre-existing methods. Students must be encouraged to work with their professors and explore their field of interest in order to gain optimum knowledge about their professional course. Colleges must insist on research and development projects headed by the students which would focus on coming up with newer theories contributing to the prospects of advancement in the field. A new, improved syllabus comprising of all the various developments with respect to the course is the need of the hour. Consider the trend-setting example of Indian School of Business, Hyderabad (ISB Hyderabad), which has given more attention to practical management techniques rather than forcing the students to memorize the information.

One of the most prevalent opinions among the employers is that the candidates lack professional knowledge of the course. The reason for such accusation is because every student is assessed based on marks and marks don’t actually reflect the knowledge of the students. All exams are more memory based and not focused on the real world problems. Students, in their four years of engineering, are never faced with any kind of exposure to what awaits them professionally.

The final reason why engineering graduates are not able to fare well in their careers is that of the lack of soft skills. Even with all the knowledge and the understanding of the subject, students fail to communicate their ideas to the world due to not being effective in their interaction. Many students don’t make it through the interviews because, despite their understanding of the concepts, they are not able to present their arguments with clarity. Even if a student gets employed at the campus, most of them are being fired in their starting year itself due to lack of these soft skills. Engineering colleges should emphasize on including these in their curriculum. 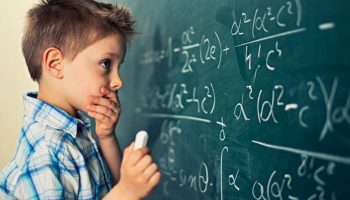 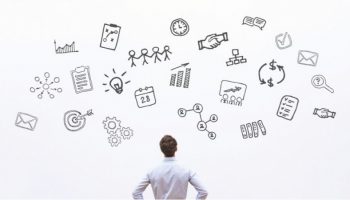