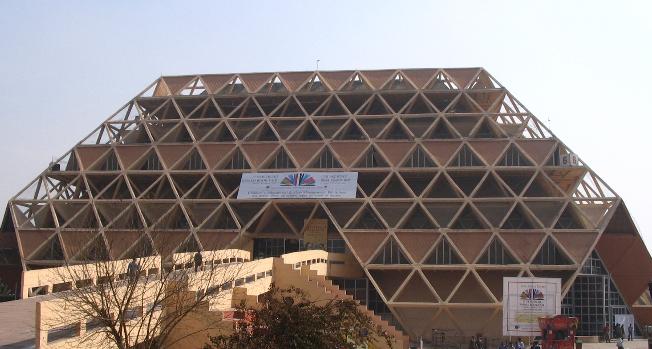 Are you in the Indian capital, in lookout for some events to enrol yourself in? The city has a number of events lined up for you. Visit Pragati Maidan, which hosts several fashion weeks, auto expos, trade fairs, book exhibitions, concerts, plays etc, and be a part of one of India’s most talked about events.

Pragiti Maidan literally means “progress grounds.” This is one of the largest venues in the national capital for conventions and large exhibitions. It sprawls over a massive 72,000 sq. meters. Managed and owned by the India Trade Promotion Organization, the venue is almost synonymous with various events in the city.

The two weeks long International Trade Fair begins each year on the 14th of November. The event has become so popular that the Northern Railways operate special trains to the venue during the fair each year. Delhi metro too operates special trains to and from the same.

The Maidan has also played a host to Wills Lifestyle Indian Fashion Week along with exhibitions on other major industries such as leather, toys, medicine, sports, and much more.

The overall project and layout was designed by Raj Rewal, an architect who also designed few key buildings like the Hall of Nations. Pragati Maidan was inaugurated on the 3rd of November 1972 by Prime Minister Indira Gandhi on the eve International Trade Fair named Asia 72. The event and the venue were meant to celebrate the 25 glorious years of India’s Independence

India Warehousing Show is the leading conference and exhibition for warehousing, material handling, logistics and the supply chain industry. Into its 6th annual edition, this event is attended by more than 6,840 Trade visitors, 375 hosted buyers, 160 plus exhibitors, 305 conference delegates each year representing the high level buyers and decision-makers from across the globe. Indian Warehousing Show is a total supply chain event that you cannot afford to miss this year!

India Warehousing Show, ever since its inauguration has been a hot topic of discussion amongst the media professionals, visitors and exhibitors from all over the globe. A robust displays and presence of internationals including the latest trends and the innovations make the event the highlight of the annual business calendar for entire Supply Chain industry here in India.

How to Reach There – 3km from Pragati Maidan is the Hazrat Nizamuddin Railway station, the main railway station of Delhi. The easiest and fastest way to reach the venue is via the metro. The Pragati Maidan metro station is located at the Maidan’s Gate No 10.

So keep yourself free on the 8th of June to take part in one of the biggest shows in the country. A few more lined up later during the year.