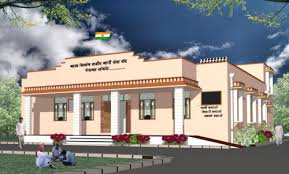 Rajasthan Government is on his way to rename Rajiv Gandhi Seva Kendras as ‘Atal Seva Kendras’. Chief Minister Vasundhara Raje has decided to give tribute to former Prime Minister, Mr Atal Bihari Vajpayee by renaming the organization. Rajasthan Chief Minister Vasundhara Raje announced this news just after the announcement of the news of Bharat Ratna for honorable Mr. Vajpayee. She has said this is just a minimum tribute to the stalwart Mr. Atal Bihari Vajpayee.

If sources are to be believed, there are 245 Rajiv Gandhi Seva Kendras under Rajasthani gram panchayats. These panchayats are initially started by previous government and now onwards these will have new signboards on the name of Mr. Atal Bihari Vajpayee. Once the ruling government came to the power, Rajasthan state government has declared that it will be one of their moves in Rajasthan. So, this news never came as a shock for the local people of Rajasthan.

According to some sources, the renaming of these kendras has not gone well with the opposition party. And some of the opposition supporters have slammed Raje government for such decision.

According to Mr. Sachin Pilot, “It is sheer unimaginative on part of the state government. If they really wanted to pay a tribute to their leader they should have started something new. Rajiv Gandhi had ushered in a technology revolution in the country and it was most apt to name these centers after him.”

Now, it completely depends on the local people of Rajasthan, whom they want to support and how they will resolve this issue of renaming.