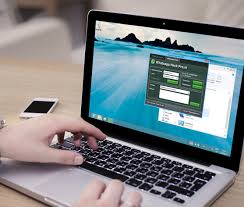 Whatsapp is a known name in the world of messenger service. People are so attached to the service that you can find nearly everybody with a Smartphone with their noses attached to their whatsapp screen.  Because of which a person tends to share all its small and big details on the service.

But people were always afraid of their privacy being compromised and it has also happened so in the past. For the purpose of safeguarding the privacy of its users, whatsapp has come up with end to end encryption in all the latest updates of the app. let us look at how the new feature of the app works and how is it beneficial to its users: