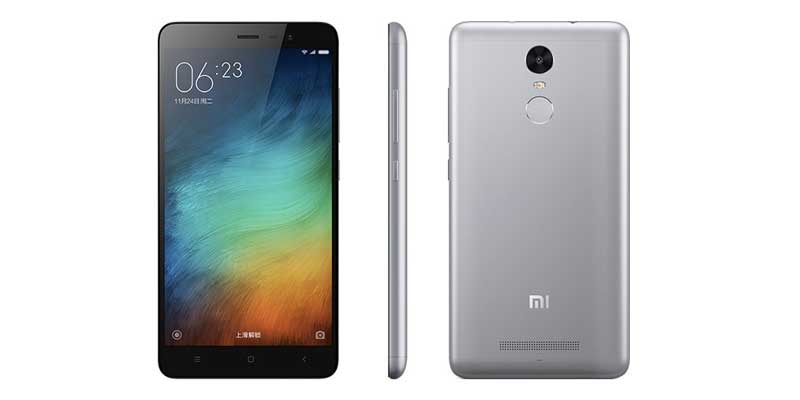 Xiaomi, a Chinese company, is into designing and selling of Smartphone, consumer electronics and tablets, but majorly the brand has been associated with Smartphones, hence the customers also know the brand from the product of smartphones only. The Xiaomi literally means millet technology. The company has its headquarter in Beijing and is recognized as the 4th largest Smartphone manufacturer. The brand entered the Smartphone market in the year 2011 and within a short span of time became one of the most sought after brands after Apple and Samsung. There are a number of devices in the company’s kitty that has taken the market by storm, and yet it is adding some more feathers to its cap.

Xiaomi entered the Indian market in the year 2014 and immediately impressed the consumers here. It successfully gave competition to renowned brands and captured a good share of the market. One of the most credible aspects of Xiaomi phones is their technology packed in affordable phones. After showcasing an excellent performance in Mi series, Xiaomi came up with the Redmi series, which performed exceptionally well in the market. There are many customers who have purchased the earlier devices from the company and loved it after thorough use.
Now, the brand is geared up to launch the latest phone in Redmi series with Redmi 3 Pro. The expected launch of the phone is by April 2017. The device has already created a buzz even before its launch and has become the most awaited phones of 2017. The lovers of Xiaomi devices are eagerly waiting for the opening of a surprise box in the shape of its new device. Here’s a look at the specifications and features of Xiaomi Redmi 3 Pro:

The Xiaomi Redmi Pro 3 is the improvised version of Redmi 3 which has been improvised in terms of inbuilt storage, memory and sensor area. The Redmi 3 Pro comes with a stylish 5-inch display with 71.1% screen-to-body ratio. It offers 720x 1280 pixel resolutions with 294 PPI pixel density. The handset recognizes multi-touch and measures 139.3×69.6×8.5mm (5.48 x 2.74 x 0.33 inch). It weighs around 144 grams and has an IPS LCD capacitive touchscreen with 16M colours. The Xiaomi Redmi 3 Pro is exclusively available in 3 colours of silver, gold, and gray. Hence for the professionals also the company has provided options with some professional colours.

The camera of a Smartphone plays the deciding role while buying a Smartphone. With all selfie and social media trend, people take the camera in their phone quite seriously. Hence even a common user also wants a device with amazing camera features. Redmi 3 Pro does wonders on the camera front. It is packed with a 13MP rear camera f/2.0 along with a 5MP front camera for amazing selfies. The result of the camera is simply mesmerizing, and many market experts also consider as the device with one of the best cameras. The camera is loaded with end number of other features like Geo-tagging, face/ smile detection, autofocus, LED flash, aperture, HDR, Panorama and touch focus. Redmi 3 Pro allows HD video recording at 1080 pixel. With Xiaomi Redmi 3 Pro it becomes one of the only brands to offer such brilliant camera at low-segment.Indeed, the company has crossed all the limits and raised the quality bar to provide the best device to the customers.

Interesting Blog -   Unlock iPhone 6 Plus Service Permanently on any Carrier

It has not been yet disclosed, the device will run on which Android version but is expected to run on Android version 5. If that’s true, then the device is supported by quite an older version. There are many upcoming devices with Android 6 and 7 so comparatively this one runs on an older version.
The Redmi 3 Pro is equipped with an octa-core Qualcomm Snapdragon 616 processor. Hence on this front, it will not disappoint the customers at all.

A good storage capacity and long lasting battery are quintessential features of the Smartphone. The Redmi 3 Pro will be launched with increased RAM for more efficiency. While the Redmi 3 offered 2GB RAM and 16 GB internal memory, the Pro version offers 3 GB RAM and GB internal memory along with the expandable capacity of 32GB of internal storage. The memory can be further expanded up to 128 GB with micro SD card which adds great value to the device for the heavy users.

The device packs a non-removable 4100 mAh battery which boasts of strong performance and sustainability. Hence one can go for a long conversation or listen to songs for long hours.

The dual SIM device offers a Hybrid SIM socket with one micro slot and another nano slot.

The Xiaomi Redmi 3 Pro is the improvised version, and hence it is placed at a higher price than Redmi 3. The device will be available at Rs9990 which makes it a device in low-cost range. The affordable price is one of the main attractions of the phone and will help to garner huge demand.

The price of Redmi 3 Pro is very affordable, and this will work in its favour. While there are many devices in the low-range segment, the device will give tough fight owing to its brilliant features and amazing camera which is rare to find in low range. Most of the features of Redmi 3 Pro match to that of Redmi 3. However, the increased RAM and fingerprint sensor are improvised features.

The device is one of the best phones in low range and looks quite promising. But as far as performance of the handset is concerned one will have to wait till launch.

For comprehensive information on the handset and its features and specifications, 91mobiles is the perfect destination. It offers detailed insight on every device whether launched or yet to be launched. It also offers genuine reviews along with price comparison which helps in buying decision. It is one of the best sitesto buy mobile phones in India.