SDN or Software Defined Networking is a broad term covering several types of network technology focused at making network as agile and flexible as a virtualized server in a modern data center.

The objective of SDN is to enable network engineers and administrators to respond effectively and quickly to changing business requirements.

During the last couple of years SDN and network virtualization was top priority for IT managers.

The reasons for this trend are obvious.

• Server virtualization has burgeoned in several data centers. But with this trend, net work performance was found wanting in delivering speed, agility and bandwidth.

• Data Centers are handling more transactions, data and clients adding to network growth and expansion. This has created more complexity.

Network virtualization in combination with SDN can provide a solution to the challenges faced by today’s business critical applications. They can reduce to bare bones provisioning, scaling and monitoring of network.

Let us first understand the basics of network virtualization.

It is an approach of amalgamating the available resources in a network by splitting up the available bandwidth into channels, with each channel assigned a particular server or device in real time.

Traditional networking architecture is not well suited to fulfill the needs of present day enterprises. They lack the flexibility to deliver massive amounts of data. Moreover by combining the hardware and software the network becomes too costly to scale and provide upkeep.

Businesses are realizing that meeting the current requirements is virtually impossible with conventional network architectures.

The problem is compounded by the fact that there is an explosion in content and in usage of mobile devices, and also the advent of cloud services.

Networks are static whereas today’s server environments are dynamic in nature. Server virtualization has resulted in exponentially increasing the number of hosts demanding efficient networking connectivity regardless of where the host data center is located.

SDN is having solutions to issues faced by networking architecture.

SDN is an approach in which control is detached from the physical infrastructure, allowing networking administrators to support a network channel across several vendor equipments. The result is businesses gain unparalleled programmability, automation and network control.

With applications distributed across numerous virtual machines, and the virtual machines themselves migrating to optimize server workloads, traditional networking is facing several challenges.

Another issue is scaling

Demands on the data centers are growing rapidly. This is as to be expected with large industrial and business verticals embracing Information Technology.

The network has now become acutely complex with thousands of network devices requiring be configured and managed.

Traditional IT relied on conventional networking based on predictable traffic models. But today with the advent of virtualized data centers, traffic models have become exceptionally dynamic and as a result unpredictable.

Even mega operators are facing scalability issues. With end user applications increasing, the number of computing elements has exploded exponentially.

Companies now need exceedingly high scale networks to provide optimum performance and budget friendly connectivity among tens of thousands of physical servers. It is impossible to provide such scaling with manual configuration.

To stay competitive in business carriers must be able to deliver high value and better customized services to customers.

Enterprises and carriers are looking to deploy new capabilities and services in line with the present consumer demand. But sadly, barriers exist to respond to such changing needs. Vendors’ equipment product cycles are limited to just three years or more. This divergence between the market demand and network capabilities has brought businesses to a critical juncture.

The response to the above problems has been the emergence of Software Defined Networking Architecture.

As explained earlier SDN is programmable and enables decoupling of network control.

In other words, by migrating control, which otherwise was firmly in the hands of network devices, accessible computing devices are now facilitating primary infrastructure to be abstracted for applications, which can treat the network as a virtual unit.

So what are the benefits of SDN for enterprises?

In a nutshell it is:

SDN has encouraged a vibrant ecosystem that has covered vendors, large, medium and small to include software companies, computer manufacturers, application developers, and more.

Network services are already interfacing with SDN controllers providing better assimilation and harmonization between them.

There is no any doubt that in the future, networking will rely more on software than it does presently. This will greatly accelerate the pace of networking innovation.

But importantly, SDN will allow for flexibility to scale enormous data centers, and provide virtualization needed to support cloud environments.

What are the side effects of Winstrol? What to Look For While Choosing a High-Tech Data Center Understanding The Difference Between Cloud-Testing & Testing A Cloud 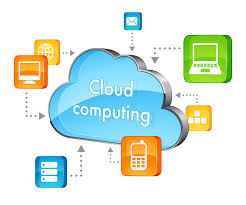 Provision Your IT Infrastructure with Powerful Cloud Hosting